The story of three little bells... 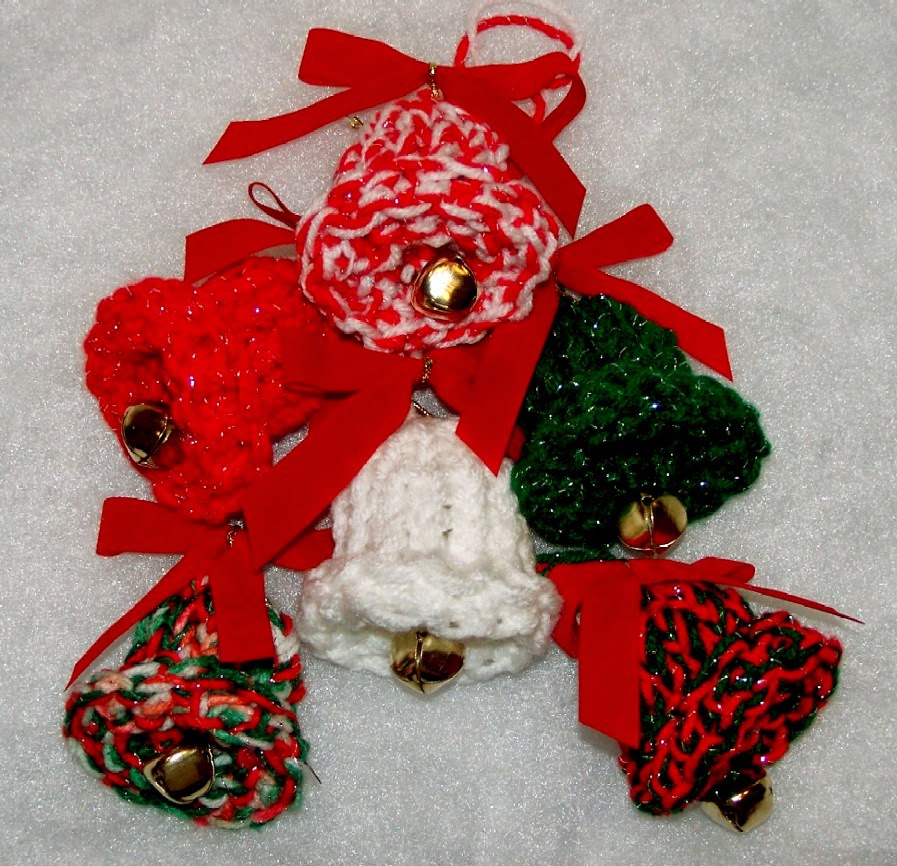 Once upon a time there were three little bells: Papa Bell, Mama Bell and wee little Baby Bell. A couple of weeks ago I knitted some bells using the Knifty Knitter flower loom. Recently, Kansas, another loomer, posted some mini bells on her Canadian Crafter blog that she created using her 8-peg thumb loom. Someone on the Knifty Knitter Yahoo Group asked where they could get a thumb loom like the one Kansas used to create her mini bells, so I decided to see if the Knifty Knitter spool loom would work for this project since I had one on hand. The Knifty Knitter spool loom is a dual loom. On one end there are 8 regular sized pegs spaced ¾ inch from center to center of each peg. The other end features 5 small pegs spaced at approximately ⅝ inch from center to center of each peg. Since I was testing the 8-peg end of the spooler, I decided to try the 5-peg end, too. Here’s what I did:
The picture of the three bells shows the outcome and comparison in size of the bells. Height measurements are approximately as follows: Papa Bell – 3 inches, Mama Bell – 2¼ inches, and Baby Bell – 1¼ inches.