I've been busy designing baby hats for Bernat, so I've not had much time for personal knitting. However, before the holidays zipped on by, I wanted to post some pictures of some of the little items I've done on the side over the past month or so. Unfortunately, I don't have time to include pattern instructions, but perhaps you can look at them for your own loom knitting inspiration.


Every since I first spied these crocheted Santa face motifs a couple of years ago, I've wanted to make something similar on the knitting loom. Well, I finally sit down and figured one out. I used 12 pegs of the 24-peg Knifty Knitter large gauge round loom for the most part with one strand of Red Heart Super Saver yarn. The mini-pompoms for the hat and nose were completed using a four-prong fork.  These are so much fun to make! 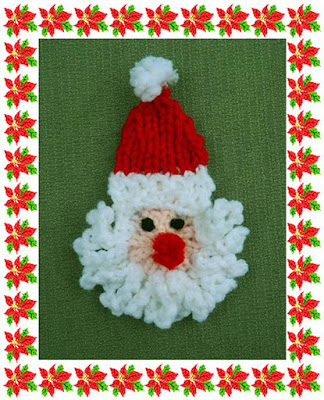 The Yahoo Spoolknitter Group recently had a Snowflake Competition. There were some really creative snowflakes made mostly with I-cords. The following include some of my experiments: 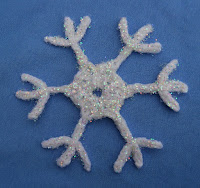 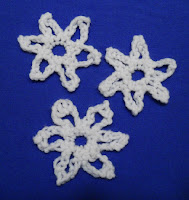 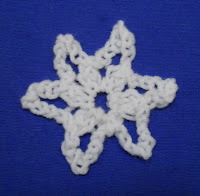 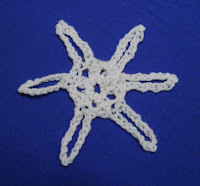 I did these berets back in late October. Both were done on the Knifty Knitter large gauge round loom using one strand of chunky Loops & Threads Charisma. The gray one is based on a DROPS design called Basque. 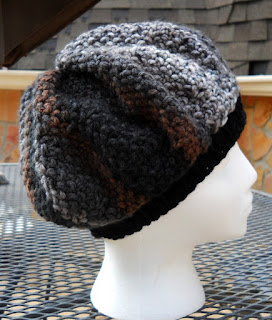 The red beret below is an original design for a basic beret. Both berets are made sideways using short rows, but the brims are made after adding the body of the completed hat back to the loom. 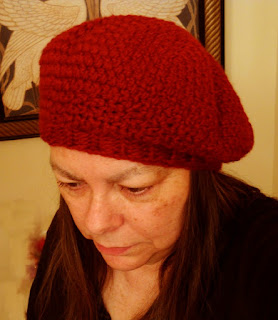 Make your holidays be bright and joyful!!
Posted by Brenda, Domedweller at Tuesday, December 20, 2011